I remember when Hard Rock Cafe first opened in Cape Town… it was exciting… it was American… there were burgers & milkshakes… The only problem was that in South African currency – the menu prices were too high for the locals and of course, visiting tourists had a wide array of other foodie offerings available across the city at much more reasonable prices. So the concept in SA never really took off…

HIM and I were on our way to an afternoon movie in town and were looking for a quick burger lunch on the way…. when we walked past the Brussels HRC…  and I (almost) begged HIM to try it out…(please note that we almost missed it because the facade of the building is currently behind scaffolding)

This place was in demand – maybe because it was a Saturday or maybe because it is geographically so close to the Grand Place… or maybe, just maybe – because people want the whole experience? But we stood in a queue for a few minutes being told that there was a 5-10minute wait for a table unless we were willing to eat at the bar tables near the bar…we opted for this as time was of the essence for us. 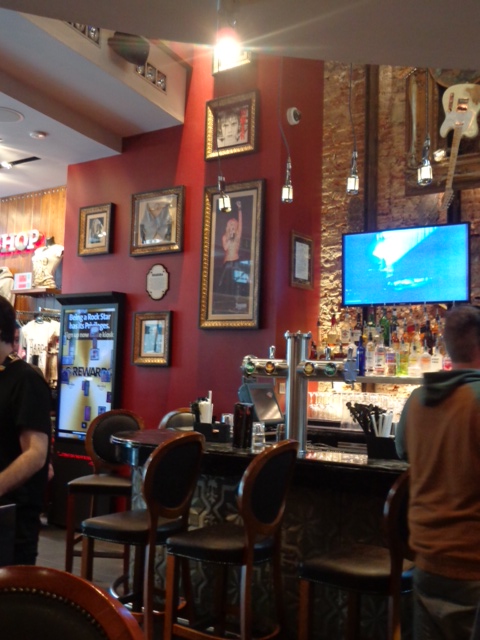 The bar seating area has 4 high tables next to a bar stool level bench… and then bar stools facing them… and as comfortable as it was – the 4 tables were very close together – so once you are in… you are in!

Our waitress was a sweetie… bouncy, smiley and nothing being too much trouble! Offered us glassware to take home (at a price of course :)), showed us the brochure for the clothing portion of the shop (more $$ to be spent), etc… so let’s just say that Marketing is done really well in store!

HIM ordered a THE BIG CHEESEBURGER (an enormous burger patty topped with a choice of three thick slices of American, Monterey Jack, cheddar or Swiss cheese, served with crisp lettuce, vine-ripened tomato and red onion.) 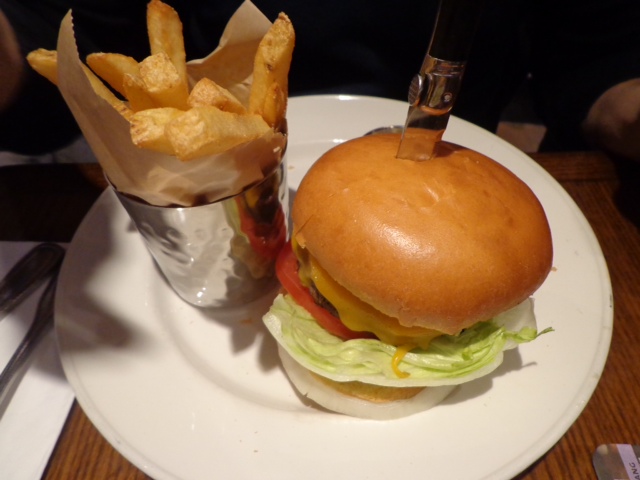 And I ordered the CLASSIC BURGER (smaller burger patty, topped with crisp lettuce, vine-ripened tomato and red onion and I added a slice of cheddar to it) 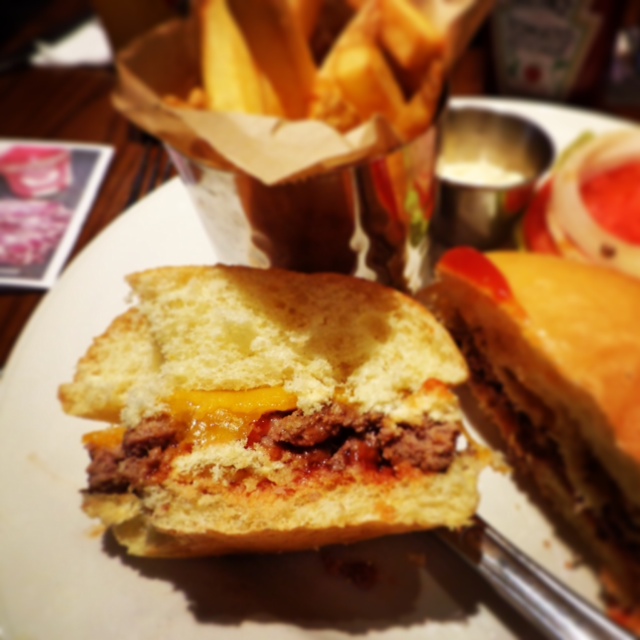 Now comes the real crunch… I loved this burger because the bun was so soft and light… although next time – I would definitely go for the bigger size burger patty option – while the only complaint that HIM had about the burger was that the bun was too soft & crumbly…  which means that the thing that I loved about it was the exact same thing that put him off! Go figure… and now it explains why we have such differing views on our “favourite” burger place… 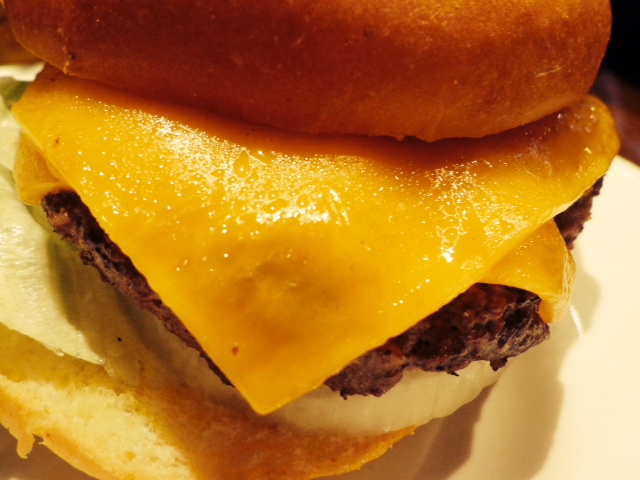 In terms of the sides – the container of fries was perfectly portioned and came with a bowl of mayo… but the plate really lacked a little bit of garnish or something… or maybe it is just me? maybe I am turning into a rabbit???

Our total bill for 2 cold drinks & 2 burgers was 34€ – so not too badly priced (and of course they don’t serve Coke – but rather Pepsi…. and in very tall glasses stacked with ice making them deliciously cool but it does make you think twice about how much liquid is actually water based & how much is the cold drink – although, having said that – even as a thirsty drinker, I didn’t need a second one!) 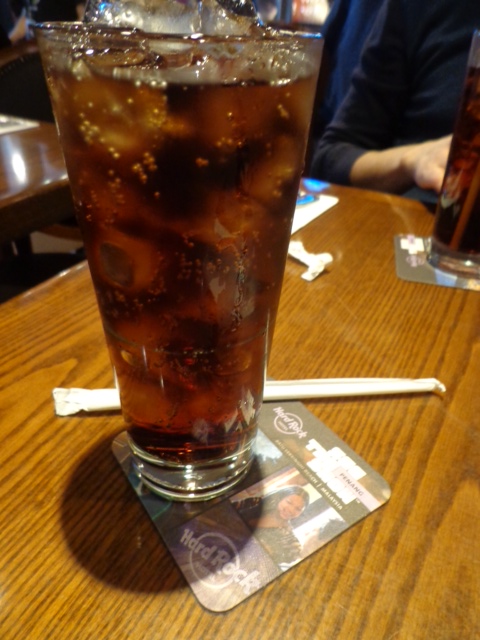 Would I go back – yes… the table next door to us ordered the GRILLED NORWEGIAN SALMON (salmon wrapped in cedar paper, grilled tender and drizzled with sweet and spicy barbecue sauce served with Golden mashed potatoes and seasonal veggie) and it looked SO moreish… while the table on the other side was nibbling away at SPINACH ARTICHOKE DIP and parmesan flatbread (which has got me salivating just writing about it)… so the other food options would definitely encourage me to return in order to do further sampling 🙂

I also believe that the main reason to go back (or go for the first time) is for the no-nonsense, no-frills Burger & Grill kind of offering – in a fun (American/English-speaking) environment, with friendly staff.

Check out our Top Posts 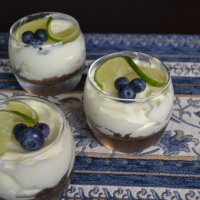 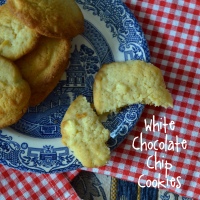 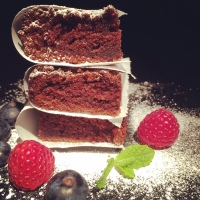 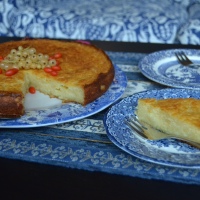